Need help to start or deepen your meditation practice?

You know what a difference meditation and mindfulness can make in your life… and in the life of our world.

When we ‘wake up to our lives,’ our decisions come from our inner wisdom and heart, rather than reactivity…  and we are present to what is true for us and around us in each moment. Mindfulness is one of the most potent peacemaking practices I know.

If you’d like to receive support for your meditation practice from Katya Lesher and myself, along with the company of a group of kindred spirits, please consider signing up for our 12-week online program “Waking Up to Your Life.” Yes, it’s a virtual program but one with lots of heart and soul!

We start this Sunday, March 13, and registration closes this Friday night at 11:59 pm Pacific Time.

And here’s a special deal since you’re a faithful reader of the Jizo Chronicles. Use the following codes to save on the registration fee:

(Make sure to click “update cart” after you enter the code.)

Hope to share a journey of waking up, together!

This coming Sunday, January 3, 2016, I’m offering a free one-hour webinar on “The 6 Keys to Liberation-based Livelihood.”

These “6 Keys” are at the heart of “Fall in Love with Your Work,” the mindfulness-based course that I offer every year on creating right livelihood. The next course starts on January 10.

If you’re yearning for more fulfillment in your professional life, if you have a strong sense that there must be ‘something more’ that’s possible when it comes to your work, this webinar will be very helpful for you.

Please visit this page to learn more and reserve your spot.

Oct 2014: How to Find Your Right Livelihood

Occasionally I like to cross-pollinate here from my other, more stealth Buddhist blog, The Liberated Life Project.

I thought that you — my Jizo peeps — might enjoy knowing that I’m offering an e-course in October called “Fall in Love with Your Work.” This is an 8-week adventure into the heart of ‘right livelihood’ and how you can make it happen in your life. It’s very much based in a perspective of mindfulness.

If you’re considering making a shift in your professional life, starting to work for yourself or starting a business, or if you need to re-align your relationship with your current job so that it feels more meaningful, “Fall in Love with Your Work” may be right up your alley. You can find out more on this page.

Registration closes next Monday, September 29, and the course starts on October 1. I hope that some of you will join me for this!

p.s. Sharon Salzberg was kind enough to send me a box of her “Real Happiness at Work” to help promote this course. I’ve still got a few left — if you register this weekend you’ve got a good chance at receiving a free copy of this great book!

I am smiling as I write this. Because, even though I felt great sadness when I learned the news yesterday of Bhante’s death on December 29, at the same time all kinds of wonderful memories of him are flowing through my heart. And I know I am only one of thousands of people who were privileged to have been in the beam of Bhante’s smile and good life.

So this post is dedicated to the spirit of Bhante Suhita Dharma, and offers a little glimpse of him through the places his life intersected with mine.

First, the facts, as they say….

Bhante was the first African American to be ordained a Buddhist monk. He was ordained by Ven. Thich Thien An, the first Vietnamese Buddhist master to come to Los Angeles.  Bhante also had the rare distinction of being ordained in all three major Buddhist lineages: Mahayana, Theravada, and Vajrayana.

Bhante had professional training as a social worker, and found deep joy in working with the homeless, those with HIV/AIDS, ex-offenders, and many others on the margins.

There is a lot that I don’t know about Bhante… simple facts like where and when he was born… I searched online and could not find those. He was not a Buddhist celebrity, so you won’t find much about him on the internet. He worked largely in the realm of the invisible. My guess is that Bhante was in his 70s, and I know he had a strong affinity for Louisiana, so perhaps there was a life connection there.

What I do know is this: Bhante’s presence was filled with deep love and a quiet, unshakeable commitment to do the right thing.

I had not seen Bhante for probably about six years, but we’d run into each other once in a while on Facebook and every so often he’d give me a friendly poke. My hope is that you’ll learn a lot more about Bhante in the coming days as others write about their memories of him. He truly was a dharma jewel. Thank you, dear Bhante.

Here are some more photo memories of Bhante:

Bhante and members of the Buddhist Peace Delegation meeting with Rep. Dennis Kucinich, 2007

Bhante with the Buddhist Peace Delegation, 2007

An Open Letter from the Buddhist Community on Islamophobia 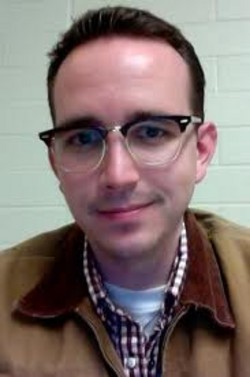 (from Danny Fisher and Joshua Eaton)

As disciples of the Buddha who live in the West, we would like to take the holy month of Ramadan as an opportunity to express our growing concern about Islamophobia, both within our governments and within the Buddhist community worldwide… 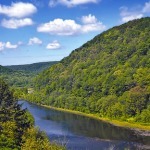 Mount Equity Zendo is located in the small rural village of Pennsdale in central Pennsylvania, twenty minutes from Williamsport…

Krista Tippett with Roshi Joan Halifax on rites of passage, rituals and death 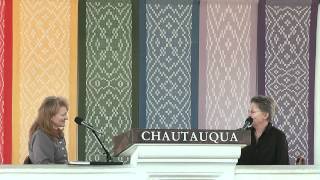 Roshi Joan Halifax has had a career as colorful as the Hall of Philosophy platform from which she spoke. She’s a medical anthropologist, an author, a social …

Re-posting this perennial favorite… Happy Interdependence Day to everyone!

As the Fourth of July approaches, I’d like to offer an alternative way to think about and celebrate the day. How about a day of remembering how interdependent we all are?

The essay was updated in 2006 and the questions at the bottom were added at that time.

A Declaration of Interdependence:
A Call to Transform the Three Poisons for the Sake of All Sentient Beings

As concerned global citizens and as members of a diverse Buddhist…